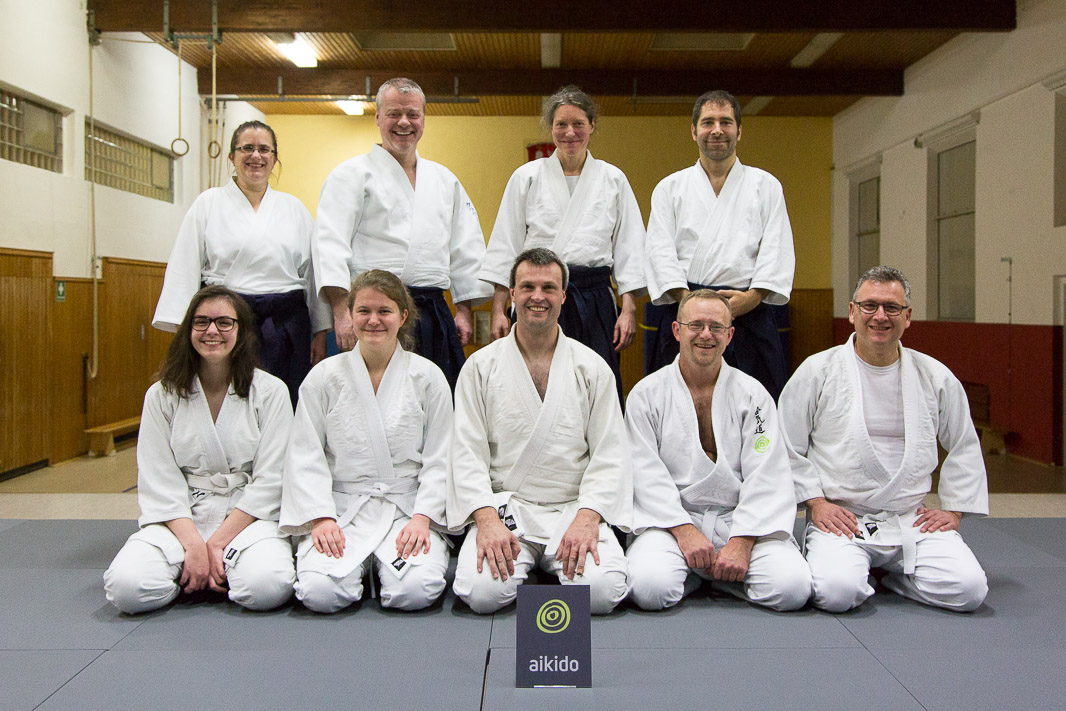 Visit our image gallery to see pictures from the jury keikos.

Our Dojo in the Oberursel Newspaper

Today the "Taunus Zeitung" newspaper published a 2/3 page on our dojo under the headline "Fighting without hurting". A well written article with lots of pictures - a great promotion for our work.

Journalist Anja Petter visited our beginners' course together with photographer Heiko Rhode. She was an attentive listener, asked elaborate questions and turned those into a diligently written article. Afterwards Klaus Messlinger and Jörn Fritsch showed some advanced techniques for the photographer. 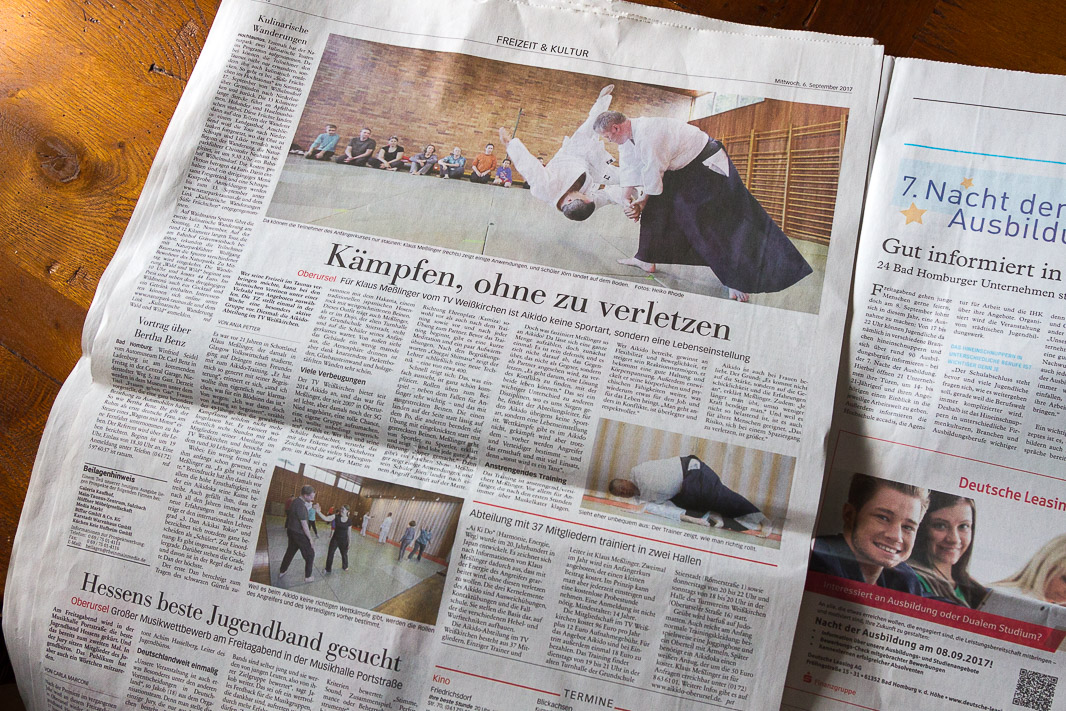 Today, Klaus Messlinger successfully passed the test for 3rd Dan Aikikai Tokyo. The head of Aikido Dojo Oberursel had prepared over a year for this grading.

The hour-long test required not only a profound knowledge of the several hundred Aikido techniques and forms, but also personal presence and adequate response to various attackers in a confined space. Standing and kneeling techniques, attacks from the front and back, defense against grabs and punches were just as much part of the test, as free defense against one and more attackers and disarming techniques against knife and sword.

The test marked the end of an international aikido camp in Lillsved, Sweden. Results will be confirmed by the international Aikikai federation in Tokyo.

These items were left behind after events at our dojo:

Please get in touch with us.